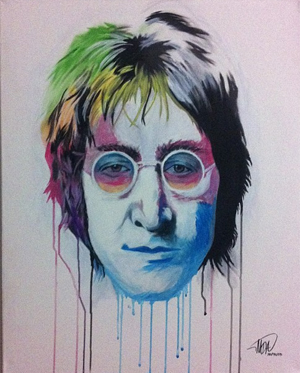 In 1981, John Lennon’s single “Watching the Wheels” was released posthumously – after his murder.

Five years after having left the music industry, John Lennon addresses his absence. Sean Lennon, his second son, was born on October the 9th 1975 and John decided to take time out and be a father, escaping the chaos of fame.

I have the simplest tastes. I am always satisfied with the best.
Oscar Wilde