On World Press Freedom Day today we can happily express our opinion of just what we think of our head of state, our parliament and pretty much anyone we want. Satire is welcomed. But not all countries enjoy such liberties. 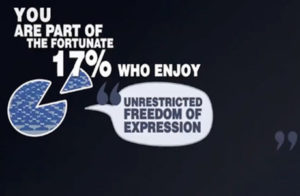 Some of the biggest, or most powerful countries globally are either censored, or practice self-censorship so as not to become a target of oppression or be seen to rock the boat that floats the middle class and the elite.

South Africa and Africa generally are taking strain under the oppression of dictatorships, drought, epidemic, famine, warring extremists and more, so it’s perhaps a blessing that China is so kindly investing energy into African infrastructure. China is in every country in most of sub-Saharan Africa in some enterprising form or another. Why is China looking so promising compared to western investment. Perhaps the west has a bad history of colonialism in Africa, and human rights abuses, but is China any different. Are we going from the frying pan into the fire?

China is the classic dictatorship, since Mao. “You cant let 800 million peasants vote” is their attitude, while only 200 million enjoy the middle class semi-capitalist market opportunity, with over a thousand McDonalds. Yet 80% of college graduates cannot find a job every year. The civil service and army have had record intakes as a result. Also the education system is geared toward conformist learning so people struggle to think outside the box and thus innovation is behind imitation. Nobody dissents because the middle class are benefiting from capitalism. It’s consumerism in a one party system.

Still a planet of peasants and serfs

Like South Africa and much of Africa, the vast majority of the people of China are peasants. Trapped in transition, they don’t know who they are, communist yet capitalist. “A flock of sheep who follow the deep grass and the whip of their ruler.” Tibet’s human rights abuses are tolerated by the entire world because to do otherwise is bad for business, for profit. Nobody can speak openly about their dislike of the regime because they never know whose listening amongst them at a dinner gathering for example. Free speech and press is out of the question. Within the government corruption amounts to 15% of GDP a year lost. 12 of the top 16 worst polluted cities in the world are in China. 750 thousand people die prematurely every year, based on 2009 stats, from pollution-related illnesses for the past 15 years now. In Beijing sometimes you don’t see the Sun for days due to smog. Yet the middle class know better and are told not to encourage the mob. So like in Africa, a dictatorship can form where the top 1% make the most, the middle 20% capitalist business and civil servants make a lot all the time too, even by corrupt means, and the 79% suffer, voiceless, and with minimal human rights. Well give them 9 or 10 years and we will all be learning Mandarin as China becomes the world superpower it once was some centuries ago. But this time the empire consists of the entire planet. When last has that happened, I wonder? 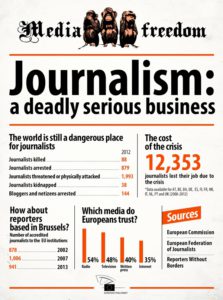 For the people, as one can see in China, self-censorship may be one’s own worst enemy, when the people become afraid to speak out, either because dissent is punished, or because they don’t want to lose the little they do have compared to how it was under a worse tyrant in the past regime. Even in Hong Kong, the business tycoons consort with the government at the expense of the masses in a kind of “corporatocricy” to rival even the west. Even academics who used to be the activist voice of the people are too well paid to rock the gravy train that feeds them. Watch and learn, fellow Africans, so that the moral milestones are not also missed here in our own march to economic freedom. China had its Tiananmen moment, and we had our Marikana moment, but after the dust has settled, was it really worth it for the people?

One difference between us and China is that there if you don’t cause trouble you are free, but here causing trouble is the new way to get yourself into parliament. The ANC did it, The EFF are following suit. A red overall boiler suit at that. The colours of Red China by any other name still blaze just as bright. Plenty of financial backing from the comrades back east to install a healthy socialist regime that will keep the western imperialists at bay. Well at least we are free to choose our imperialists theses days. Who needs democracy when communism will pay just as well – for the elite that is. 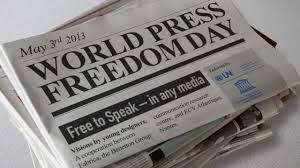 Singapore is also a Dictatorship, with no free press whatsoever, where any opposition is punished, yet this is tolerated because of huge economic gains and wealth available in the capitalist marketplace to its citizens all round. Actually it’s the best economy in Asia, And as a result China is trying to emulate. So the rights that I have, to research and write what I like, is totally missing in the best economy in the East. The internet is heavily sanctioned. Can they even read these words of concern there? Therefore those of us with the facility and liberties to see the world for what it is and to communicate freely have a duty of sorts to aid in getting the message across to still more people. Journalists and activists are one of the guardians of the guardians, along with the judiciary, and general parliament, and when they are gagged the people are easy to oppress. China may be as bad as North Africa, Mexico and the Middle East, but nowadays they are also more subtle. As China becomes a world top power in coming years, freedom of speech may be one of the last liberties to go. When it does know that it’s only a matter of time before life as we know it is soon to follow.

Reference: Freedom for sale – How we made money and lost our liberty