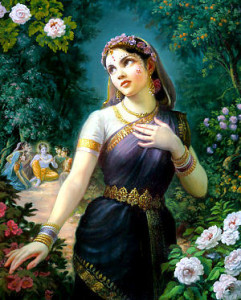 With Venus in Scorpio all of this month we may well experience first hand what it means when “The Force Awakens”. I know this is the latest Star Wars movie title, and apt that it should be, for the Force, is also the Kundalini shakti, the female divinity and counterpart to the masculine deity in the pantheons of old. The Force has numerous faces and depending on our state of consciousness she will awaken within us for better or worse this month. Although Venus (the goddess by her Roman name) is in a position of “detriment” while in the sign of Scorpio in December, she is in one of her most potent manifestations. “Detriment” merely describes the sign opposite to the traditional ruling sign or home of the planet, which with Venus is the opposite sign of Scorpio, namely Taurus.

The force of Venus is now at her most intense, and thus the allure of this Maya shakti can bewilder the most discerning aspirant on the path of enlightenment. It is a time when women can use their sensuality to turn the heads of men, and men can find the urge simply irresistible. The fact is that this illusory force has every one of us under her spell in the material world, regardless of gender. It is mostly euphemistic to label the villain as a female, something which resulted in the witch hunts of the Middle Ages, and which results in the denigration of women still today by Saudi Arabia and other Sharia Islamic states. This is an unfortunate state of affairs, because it is not women that are the personification of evil, but rather the bewitched and bewildered state of consciousness within the eye of every beholder which needs to be addressed.

Venus here intensifies the desire nature, the mode of passion, or lust, which expresses itself in some as the longing for romance and procreation. But the reality is that we don’t actually fall in love with the other person, but rather we fall in love with ourselves through the other person. This is the real unconscious mechanism at play in the mind and ego of us all. We fall in love with ourselves through others; because we are seeking to develop in a relationship that which is incomplete in ourselves. In psychology the term used to describe this is “projection”. We are all so bewildered by the force of the Illusory potency, thrown like a covering over us by the goddess Maya Devi, that we can only really see the world subjectively through our own foggy subjective dream picture. We are the central character in our story, and whoever even vaguely fits the profile can immediately become a secondary character in our movie, for our pleasure. We see ourselves as the controller and all else is ours to control. The problem is that for a start we can’t even see ourselves properly, so we also fail to see others for who they really are. So when someone comes along that looks as if they could potentially play out our unexpressed or unconscious side of ourself, we bring them onto our stage and expect them to perform to our script or projection. At first we see only our projection, and thus become totally enamoured. We fall in love with them. Of course it is only because we see our projected self, part of our ego in them, and because they satisfy our desires, that we love them so. But in time, we notice that they are not quite playing the part exactly as we want. They are after all themselves, and have their own qualities, which may differ from our projection slightly. It is at this time that the illusion begins to slip a bit and we find our love dwindling. Eventually in those who are less conscious it leads to the one you loved becoming the one you hate, and separation results. This is not a new realization, yet despite knowing the theory it trips us up time and again.

This month should be a time for women to feel empowered as the Force awakens, a time for them to access their power of attraction, but also a time when they need to take responsibility for using it wisely, and in the best interests of all. Women have been oppressed for too long and scapegoated by ignorant men who are unconscious of their true natures or overwhelmed by their instinctive natures. In my country, with the highest rape statistics in the world, the annual “16 days of activism against abuse of women” has just ended, where campaigns were held to educate society about proper behaviour. In Pakistan, where the Taliban militantly denounce the education of any female child, they even went so far as to shoot in the head a teenage girl who was campaigning for the right to go to school. Her name is Malala Yusefzai, and after surviving the bullet to the head, she went on to address the UN general assembly on her 16th birthday, and then became the youngest Nobel Prize winner in history at the age of 17. Time Magazine went on to list her, for 3 years in a row (2013-15) in their top 100 most influential women in the world, and she appeared on the cover of Time as a result. That is the kind of power a woman can achieve, even on a mundane, humanitarian platform, what to speak of spiritual consciousness awakening. There is a serious debate in some spiritual organizations as to whether women can become bishops or swamis or gurus, or even manage a temple, and of course in India it is seen as totally taboo. But I ask you, who is the current leader of the entire continent of Europe? Well, the answer is Germany. And the leader of Germany is a woman, Angela Merkel. So if a women can lead Europe…? By saying a woman can’t qualify to lead because of her gender, is to exclude in one swoop half of your candidates to the post, some of whom may be your own better half. Even India herself has been lead in the past by a woman president in the form of Mrs Gandhi. The mother is the first guru. It is the mother that lays the foundation of consciousness in every future male.

So this month, as Venus saunters through Scorpio, allow women to find their power, while at the same time remembering the power they have over easily bewildered men. And let’s all respect the Force as it awakens, for it is the force of life and death within us all for better or worse, in sickness and in health. It is the feminine potency of the divinity, it is the goddess in all her guises. It is the original worshipable deity of nations throughout history, since time before Christ, and it is here to stay. May the Force be with you.