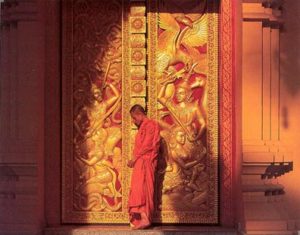 As Venus the archetypal planet of relationship exactly aligns with Saturn in the same place in the zodiac today, the influence of the latter can affect our relationships in noticeable ways. Saturn tends to slow things down, dry them out or add a serious, heavy or mature influence to whatever it touches. As a result we may need to be willing to make concessions or compromises to get what we want this weekend. A willingness to make adjustments will be helpful. There may be some degree of restriction or dissatisfaction regarding relationships, a feeling of obligation or even worse, exploitation, as if you are giving more than the other person in your exchanges. This can, on the other hand, actually be a fortunate influence for relationships with older people, those in authority or parents, for example. Some may just feel isolated or lonely though as Saturn dries up the juice of any sociability. Certainly this is not an outgoing or social influence at all, yet it can favour long-standing relationships of loyalty with a rare choice person perhaps, or meetings with elders, so there is hope.

If you are fortunate enough then you may be able to connect with those who can add a practical influence to your day, someone who can help solve some problems or attend to duties. Some relationships require an investment of time, and are not just for our immediate sense gratification or ego pleasure. Visiting the elderly, for example, is sometimes a chore for the very young, but it is those very people who can add much insight to our lives, based on their years of experience and the accumulated wisdom they have to share. Also in today’s cyber world it may be easy to accumulate many contacts and online friends, but it takes years to cultivate a relationship with someone with whom you would go into business. Usually we only really invite someone on board if we know a lot about them, their reliability, whether they are trustworthy or not based on experience. Nowadays no-one can really be trusted just off the cuff, or based on a few initial meetings. There are so many scammers, especially online, that you cannot even be sure the that person chatting to you is who they say they are. They may have a pretty profile picture, but could be a Nigerian con man or Albanian slave trafficker aiming to rob you of your cash or swindle you into a situation based on a job offer abroad. Numerous stories of just such false relationships have abounded in our modern times that make you realise that slavery and highway robbery are alive and well in the 21st century. So better the one old friend than many unknown acquaintances.

In the past our elderly relatives became the wise elders of our community, but nowadays the family has become so fragmented that the old grandparents are not around to teach as much as before, and kids don’t have much respect for anyone old, or take them seriously. This may well be due to the information gap in the digital age, where kids are more clued up regarding computer technology, so that the elderly get left behind and appear to be backward or have nothing to offer as far as information is concerned. This is the opposite of how it was in previous generations. Elders were there to tell the stories, or legends of the tribe, to convey the deeper wisdom handed down for many generations even, so that the tradition could be continued. Today there is very little of that, so cultures are losing their roots while learning new traditions. In some cultures this shift is more noticeable, where the skills and wisdom of the grandparents are totally redundant or meaningless to the grandchildren. The world has become such a different place in such a short space of time that the elderly seem to be equally redundant and more of a burden than anything. Thus they are not respected for the other non-digital, human wisdom they may be able to share, what to speak of the ancient wisdom they have accrued from their elders. All of that is being lost, much like the history and heritage of China that was consciously eradicated by Mao Zedong during his “Cultural Revolution” when students were sent out to destroy the intellectuals or anyone who represented the old ways. Or when that same dictator’s army took over neighbouring Tibet and violently eradicated and entire ancient spiritual tradition and culture. Even today in India the youth have adopted westernisation as if it is the solution to their troubles, wearing jeans and eating fast food, abandoning the culture of their forefathers who are left to fend for themselves as widows or beggars in a humble ashram outside New Delhi. Even now ancient cultural heritage sights are being destroyed by fundamentalist Islamic extremists as they try to eradicate the past and take over the world, remaking it in their own image. Actually remaking it without any image because it is the very image, for example of the 100 feet high Buddha stone relief carving in Afghanistan, that was blown to smithereens because it represented, in graven image, an older culture. Similarly in Mali, North Africa, ancient world heritage sights containing priceless manuscripts are being razed to the ground in the current jihad, in the attempt to deny the world access to the past, to any reference that counters their fanatical narrative. Also in the wake of the unlawful invasion by the West of Iraq to topple Saddam, countless treasures were looted from the museums of Baghdad and the sovereign treasures of one of the oldest cultures on the planet sold on the black market by the pirate looters. As we speak the same thing is going on in Syria, where ancient artefacts are being bombed out of existence, out of modern memory, never to be seen again. In this way modern day barbarians destroy our connections to our past in the name of supposedly freeing us from barbarity by themselves behaving in the most barbaric ways. This is ignorance at its worst.

No use getting depressed about it, of course. With the Saturn – Venus conjunction now there is a tendency toward depression or loneliness, so be sure to seek out some good association with the elders who can still enlighten you to the wisdom and ancient truths that they may have gained from a lifetime of struggle on the same path we will soon be travelling. They will teach you things like thrift, preservation and respect for that past, for that which has stood the test of time. Otherwise in this make-and-break society we may become as shallow as a slither of microchip in an AI robot designed with a built-in obsolescence to display a virtual friend in your “Second Life” while stocks last.