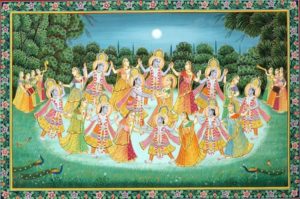 With Venus, the archetypal goddess of love, the arts and all things beautiful, gradually building up to an exact conjunction with Pluto on Saturday, the passions may be aroused, with a greater degree of emotional intensity available to animate the affections. Any creative expression could have a stronger dramatic overtone too. Intenser emotional involvement may manifest itself in the consciousness of some, particularly those with a strong Capricorn influence in their charts, as this is where the Venus -Pluto conjunction occurs. All of us could feel the effects to some degree, and on a lower octave this could manifest in some as an insatiable desire for affection or attention, to the point where manipulative skills may be employed to obtain or keep the attention of the other.

Because this conjunction falls in Capricorn, some may feel the compulsive need to be accepted by others, the need to be accepted by the public as a whole. This is the vulnerability of the showman or public figure who finds fulfilment in the attentions of an audience and does whatever it takes to maintain their appreciation, to the point of becoming a populist who will say or perform whatever is commercially viable on the day. We all know of some band or singer who made great music but then went completely commercial just to appeal to the mass audience. Or the politician who changed his finance minister twice in a week just to placate his voters, even if it ended up destabilising the entire country’s currency. Even on a personal scale, the desire to keep the affections of the other will be so strong that some may stoop to unsavoury methods to keep those attentions. So be careful of a desperation based on a poor self-image which actually makes us dependent on the other for our feeling of well-being. It may be difficult to accept the fact that s/he is just not into you, as they say. Intense jealousy or possessiveness may result. One way or the other the feelings will be intensified, with an urge toward dramatic or highly charged emotional encounters, of a life and death quality. Shallow or light-hearted relationships will simply not suffice over the next several days, as only the deepest or most profound of intimate contacts will satisfy. This might even end up in pain for those who are caught up in unfulfilled or unrequited relationships.

On a higher octave this Venus–Pluto conjunction also has the potential to transform or revive an outmoded or decayed relationship, bringing it to a higher level of experience. Relationships may also be sought because of the power they can provide. As a result influential association may be sought which helps raise our status socially or materially. Even money is an attractive Venus ingredient, and sometimes marrying for money or power brings satisfaction to those on that level of existence. The potential to transcend mundane attractions and rise to the higher level in such relationships is also available now, as we find newer and fresher dimensions to the exchange. Some degree of regeneration is possible this weekend. In highly evolved individuals this weekend’s conjunction can even bring about a transcendent love, or inspire a spiritual love or emotional exchange, whether with a significant other or with the divine. A spiritually suffused love is the most empowering thing, capable of raising our consciousness to an elevated level not dependent on flickering economic fluctuations or the whims of time and age. Once empowered by such a love, the lover or devotee is able to perform great feats of prowess, as it brings out the best in us and provides the meaning and impetus to act on the material plane. Or we are able to take that which is normally mundane and turn it into something transcendent. Whenever divinity is put in the centre of our activity, or is the goal of the action, such apparently mundane action is transformed into a divine service, into devotional service. Such service is then free from the laws of karma or the need for any karmic reaction. It no longer binds us to the material world, like the lust for the objects of the senses, but rather liberates us from this material misconception of reality. Thus even a once materially motivated action, like satisfying our tongue, belly or genitals, becomes spiritualised when offered in service, as a sacrifice to the divine, to the source from whence the energies originated in the first place. It’s like when a parent brings home some fruit, and then the child – in order to bring joy to the parent – offers that same fruit to the parent for their pleasure. The parent was the source anyway, but happily accepts the fruit and more particularly accepts the sentiment with which it is offered. This is just a simple example to illustrate the point that all energy, whether subtle emotional, or gross physical originates from the original cause of all causes to begin with, and we may try to enjoy that for ourselves, but will only ever reach a basic level of satisfaction. But by engaging the energy in the service of the original energetic source of that energy, we can tap into a greater level of pleasure as a concomitant bi-product of that sacrifice or service mentality. Then that practice becomes your yoga, because it links you up with your divine source. This practice of Bhakti Yoga is the ultimate goal of all yogas. This yoga of divine love is the culmination of any other yoga practices, which are simply aids on the path to the highest love.

By falling under the influence of a shallow or superficial, ego-based interpretation of reality, we miss the higher love, the deeper intimacy available to us all, a love which is endless and which awakens us to the miracles which can become part of our everyday reality. So as it builds up to the exact alignment this weekend, let’s remain receptive to a window of transcendent love symbolised by the Venus alignment with Pluto.