The upheaval and revolution of the recent Uranus square Pluto era was predicted, but not many saw this global wave of Ultra-conservative Right-wing Nationalism coming.

As drawbridges go up and Nationalist governments clamp down, from Europe to Turkey, USA to RSA, a wave of red is crashing on the shores of almost every major nation across the globe, washing away foreigners, aliens or Islamists alike. Xenophobia is the new norm, as the primal, base chakra nationalist allegiances reappear, 70 years after the overthrow of Nazi Fascism. Even in the crown chakra land of transcendence – India.

The generational influence of the 90 degree alignment between slow-moving Uranus and Pluto, which has occurred in the night sky over the past few years, was seen to be a forewarning of the overthrow or toppling of old systems, either suddenly or by revolutionary means. Certainly the global financial collapse of 2008 ushered in a new economic era in its wake, as a hybrid mix of socialism and capitalism was forged out of the ashes of the failed and dying Keynesian economic paradigm. And in typical domino style, political systems also buckled and swung into a new right of centre alignment as people took shelter – as they do in times of crisis – of their “big brother” government safety nets. Even old order global religious institutions took a knock as scandals erupted in the Catholic Church and elsewhere. All around traditional social structures were knocked down from their pedestals, as is associated with the Uranus (the Awakener) and Pluto (the Destroyer/Transformer) interaction astrologically.

Yet few could have seen the consequent backlash that has occurred in recent years, of not only right wing Conservatism in governments, but even the iron-fisted clampdown of leaders who remind us of the tyrants of Nazi Germany in the way that they stifle their free press, tighten their immigration laws, build fences along their borders and dictate in authoritarian terms the impositions on their citizens. In some countries, like throughout Europe, the citizens are actually voting for these very things in an attempt to stave off financial collapse. And none more so than the home of tolerance, pluralism and colonial liberation – India. 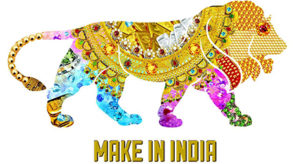 To run the biggest democracy in the world, in a country with almost 2000 ethnic groups and 200 languages, is no small feat. And having already attained liberation from colonial oppression by the British imperialists, thanks to their icon of pacifism and tolerance, Mahatma Gandhi, India has enshrined its high ideals in its Constitution. Yet much of those ideals are being swept away by the same winds of change that grip the rest of the post-2008 globalized world. The country has moved a long way from its founding father Gandhi, who enshrined poverty alleviation, religious pluralism and protection of minorities from Hindus into the Constitution of the land. Particularly since the Nationalist BJP won the election that saw Prime Minister Narendra Modi take control on 26 May 2014. During those very months of April and May 2014 Uranus and Pluto were experiencing an exact alignment at 90 degrees, which corresponded with the toppling of the moderate Congress Party and rise of the Nationalist right in a country of over a billion people

And Modi (another Gujarati just like Gandhi) was tainted by human rights accusations even before becoming India’s leader. Historically it was in 1991 already that India had to open up to liberal capitalist economics, just like Russia and China did, thus ending Gandhi’s dream of national self-sufficiency. But by the time Modi became governor of Gujarat state in 2001, he was able to turn it into the Singapore of India, contributing hugely to the overall trebling of India’s economy between 1999 and 2008. And that’s what kept him in that position for 14 years, the longest sitting governor in India ever. Yet in the very first year of his term in office, he is believed to have incited unrest with his usual style of anti-Muslim rhetoric during the Hindu/Muslim clashes over Ayodhya, 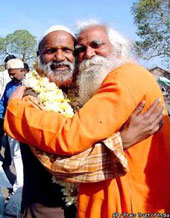 birth place of Rama, contested by both religions. In 2002 dozens of Hindus were murdered on a train returning from Ayodhya, and in retaliation up to 2000 Muslims were murdered in his state under his watch, while he did and said nothing to prevent it. He was boosting the economy so the media were silent or silenced regarding his involvement in the anti-Muslim brutality and Hindu caste-conscious discrimination. Modi is, after all, a curious blend of ultra-nationalist combined with religious fundamentalist, something that you would normally associate with Jihadi-type extremism. As a result of his human rights record he was refused a visa to enter UK, USA and EU for several years. But now that he is prime minister, that is all overlooked and doors are open to him. Here, in other words, is a perfect example of how money overrides human rights. Modi is another of the right wing lot who are accepted or even welcomed simply because they can bring the economy back on track in a country. The problem is that it is only the elite top few that really benefit. So the new rich look after the politicians and vice versa, as in Russia and China, while the vast majority are left to rot, and human rights abuses are ignored on all fronts. Only 1% of the national budget goes to public health in India. Deals between slum lords, police and politicians continue in one of the most corrupt countries. Extortion rackets, beatings, threats of relocation and demolition carry on amidst huge inequality, where child malnutrition levels are on par with sub-Saharan Africa. This is the face of the new right wing nationalist archetype as it rears its ugly head once more. Modi was the only person in history ever to barred from entering USA because of violations against religious freedom, something you get in this rare blend of Nationalist fundamentalism. Who would have thought that a Hindu could have that claim to fame?

Let’s remember that this is not China, a one party dictatorship with far worse human rights abuses involving Tibet. This is democratic India, where such a man is actually voted in by the majority of citizens. This is the people’s choice. In other words the psyche of even holy India is currently permeated with right wing nationalist extremism. This is the zeitgeist of the age. Modi himself was born on 17 September 1950,

with Sun, Mercury, Saturn conjunct in Virgo. He is a workaholic, vegetarian, introvert with very frugal lifestyle. Mercury is “cazimi” or so exactly conjunct Sun that he is the epitome of a scholarly writer, spectacular orator of rhetoric, social media adept, 2nd most followed leader on Twitter in the world after Obama, and is currently opening up the transport networks of India hugely via road and rail. These are all commendable Mercurial qualities, especially as the triple conjunction is found in his 10th house of career, vocation or public status. Yet the Scorpio Ascendant conjunct Mars could suggest the fanaticism and ruthlessness he is becoming remembered for. Saturn can tend toward strictness and seems to facilitate the stern right wing head of state with its gravity.

It seems the era of the tyrant is upon us, where economic policy for the benefit of the few is applauded under this new brand of capitalism, regardless of the fallout or collateral damage incurred on the masses. Basically tyranny, Fascism and Neo-liberalism as the flavour of the day, ushered in under the guise of democracy. Look at Trump in America, favoured because he is a top businessman, a moneymaker, regardless of the fact that he has zero political experience and touts antisocial xenophobic rhetoric all day long. And even if Hillary wins, it has become the one with the most money donated or rustled up that gets in. You can buy your way in to the Presidency nowadays, via lobbying and corporate donations. What used to be Fascism is now “corporatocracy” rule by the corporation. Maybe it always was that way, just as blatantly or immorally but we knew no better.

And India is not alone in its xenophobic nationalism, Just next door in Bangladesh, Hindu Vaishnava monks are being murdered in two incidents this year. And even at one of the International Vaishnava headquarters on the Ganges, a clash broke out in February this year where foreign staff were chased from their positions by local nationalist Bengali Vaishnava priests. Maybe they had good reason, who can say, but one thing is for certain – there was definitely finances involved, big amounts, and that is enough to sway any land-loving local any day.

Under Modi foreign direct investment in India had risen 61% and India was the world’s top foreign direct investment destination, overtaking even China and America last year, according to Wikipedia. Some of the top magazines in the world, including Time, Forbes and Fortune all rate Modi highly, in their list of top rulers globally. Yet press freedom in his own country, India, is considered 133rd out of 180 nations. That’s up there with Turkey, an open dictatorship at present. Curiously the Indian media are even complicit in the current nationalist, xenophobic racist fervour, deliberately whipping up sentiment for the nationalist cause. Economics dictates and so Modi is praised despite human rights being trampled on. Without a strong Constitution or a strong free press, a country easily slides into a dictatorship as the political head is left unchecked. And this is the India of today. Just another example of the global world order of the day, in an era akin to the feudal age, as we fall further into darkness and chaos, which can only lead to one thing eventually… revolution.

References: Freedom for sale -How we made money and lost our liberty by John Kampfner 2009

A man can be happy with any woman, as long as he does not love her.
Oscar Wilde