Part of introspection or self-analysis, is to take ownership of our actions. By becoming self-aware we are taking ourselves out of a life of unconscious behaviour lived on automatic pilot under the influence of excess passion or ignorance. Blissful consciousness is the goal. 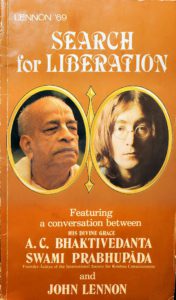 As humans we all have the gift of self-consciousness. However, many of us are not afforded the time or taught the skills to access our own potential at consciousness, our ability to be conscious. As a result we live half a life at best, we access hardly any of our true potential. Worse than that, we may well be under total illusion as to who we are or what we are doing to ourselves or to others, including the earth, in our state of ignorance.

Much of our choices or actions based on choices, are unconscious. In other words we are not really acting out of choice, but acting out of habit, conditioning or bad training by equally ignorant parents or educators. By being deprived of education in consciousness we are being kept in the dark as to our potentials, and this is against the basic human rights available to us all. When you don’t know you are acting unconsciously, you don’t see the need to change. When you are not taught by elders how to awaken your potential but rather are taught how to become a consumer and producer in the material chain of profit for a boss, then it becomes obvious that the leaders are actually enslaving you from the cradle to the grave.

Those who are meant to be guiding us seem to have become so bewildered by ignorance of their own potential in consciousness, that they are happy to keep the rest of us under an illusion that will further their ignorant ends, even at the sacrifice of our freedoms. How can you know you are imprisoned by illusion and ignorance if all you ever know is your cage, like Plato’s men observing the shadow on the wall of their cave? Like the frog in the well. Fortunately some of us do feel as if something is wrong with this picture of life on earth, something is missing. And so we inquire. And sometimes we come across others trying to awaken the rest. What a feeling of liberation when hearing at last that a big lie does exist, and that knowledge can free us. Well on more than one level that lie is being perpetuated in order to keep the masses in illusion and thus as slaves to a morally, spiritually corrupt system, called life on earth. It may have many names, but whether religious, political or economic, it all boils down to life on earth as a whole. Our political and economic leaders today are deliberately keeping us in ignorance, keeping us suppressed in a corrupt system that prevents us from solving the major problems, even though the solutions are at hand. World poverty, hunger, human trafficking and all such abuse can be solved right now if the leaders were more conscious, and told us the truth. But they themselves are under the same spell of illusion, unable to access their own true ability in consciousness. Ignorant and bewildered leaders perpetuate the illusion, forgetting who they really are, their relationship to all life and thus in ignorance they work only to further their own interests and those of their extended family, nation or creed.

If we were taught from an early age that all human life is worthy of respect, and should be afforded the basic right to life, we would be unable to abuse those rights for our own selfish ends. We would use democracy to oust immoral leaders who contravened our rights. Even though the Declaration of Human Rights is there on paper at the United Nations for all to see, still few leaders uphold it.

Ultimately we are more than just humans, we are consciousness in a human body. But these deeper truths as to our identity have been denied to us by those that want us disempowered. The knowledge that can liberate us has been denied to us. Well fortunately it is not too late, because some of us are breaking out of the illusion, finding the knowledge of consciousness in the ancient texts that have not been burned yet, as well as in cutting edge neurobiology research. Many, as a result, are rising above the platform of bodily designation, caste, creed or nationality. We are learning that there is life beyond capitalism. There is a sharing, resource-based existence, based on simple living and high thinking, socialism at its best, with enlightened leaders who get no salary, at all. Leaders who have risen above need for material facility if that facility deprives any other or contains too high a carbon or karmic footprint. This is not a religion, it is a social paradigm for conscious living, with a Declaration of Human Rights. It’s already there. I’m not making this up. 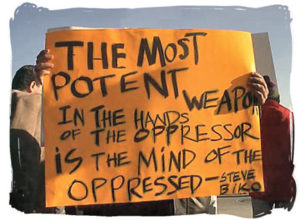 Materialism is based on fear, fear of lack, fear of robbery, fear of death ultimately. Once you have risen above fearing, and feel abundant, without a need to defend any more, then self-individuation can speed up wherever you are. You no longer need a salary when your survival needs are taken care of as a trade for your services in the community you are serving as a leader. Gandhi seemed to set a fairly good example of a detached leader. He would fast twice a month for 24 hours, amongst other things. Even dry bread tastes better when shared with every other soul eating their bread in freedom from the oppression of a colonial force in your land, or in your mind, usurping your consciousness with their dictates.

The right to a proper life starts with the right to consciousness. This means that we should be taught from young who we really are. In small, self-sufficient communities of home-schooled kids, if possible, educated in the Bill of Rights. Grass roots education can bring a revolution in consciousness in an entire society. 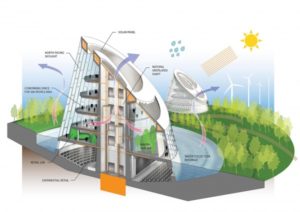 It’s happening already around the world from Waldorf to Biodynamics to Permaculture in Findhorn to The Farm in America, to several places in India, as well as Russia’s Anastasia, and free land for settlers in the east. The Venus Project has gone a long way too in setting the example. In time, as the old capitalist system crumbles, more and more new eco-sensitive communities will spring up and should be encouraged. By writing legislation that denies these rights, our rights are infringed. As freemen we can pave the way for tomorrow. Post-dollar trade will return values more conducive to a healthy life. China here we come, I hear you say. Well it wouldn’t be the first time. But after the mess capitalism has made, anything will be better for the overall common denominator, I like to believe. Evolved Communism, matured Communism, Post-Modern, Neo-radical, Eco-centric one world view, decentralised, Socialism. One world view as in one Bill of Rights dictating the parameters. Period. Yes China is a dictatorship, just an unevolved one. And don’t be shocked, USA is already a dictatorship too, they are just better at keeping up a false front. Under an enlightened benign dictator or chief who runs a cabinet, as in Singapore, the people are fed and housed and educated, so crime becomes greatly diminished. Poverty disappears and civility and morality based on education rise.

It begins with consciousness. Let’s get liberated. In the old empire, that is countries where white capitalism has entrenched itself, countries like ex British colonies, descendants of the colonisers, like me, who still hang on to privileges and property accumulated via colonial means, will need to have a time of payback, as in pay back the money, return the wealth via a system of equal distribution. The imbalance needs to be corrected on the planet. A revolution in consciousness will facilitate that. If not then an economic, political or ecological meltdown will necessitate it. Fate will determine the outcome, so get ready for the journey of a lifetime.