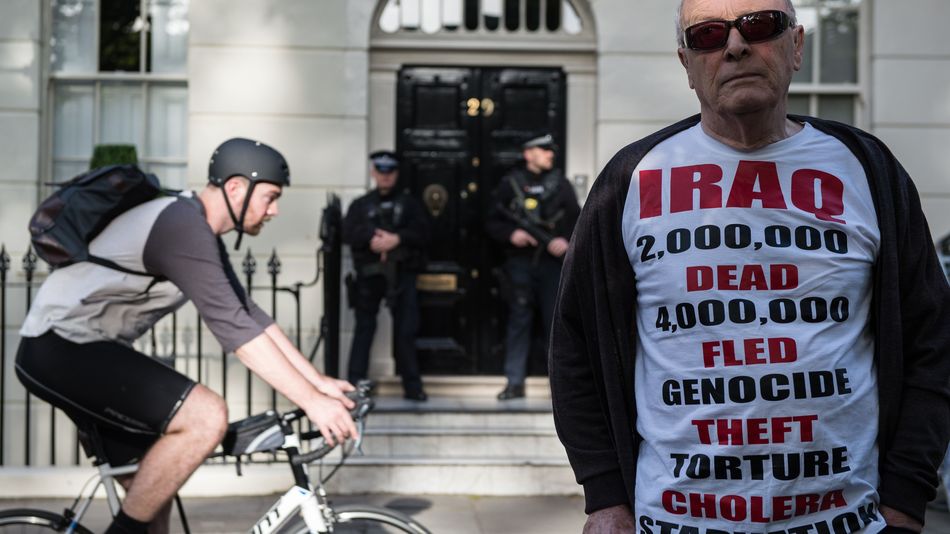 As Mercury crosses over the Sun now (occurring six times a year) it is considered combust, a term used for a planet that conjuncts the Sun. Simultaneously this Sun-Mercury combination is one degree away from a direct opposition to Pluto, marking a time now that sees the truth come out and the “combustion” it caused has ignited the world in flames of outrage at tyrants exposed once more. I’m talking about the two bombshells dropped at this alignment, namely the release of the Chilcot Report and the Oscar Pistorius judgement and sentencing. 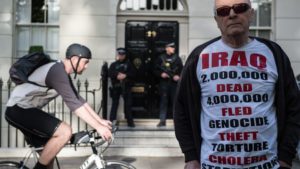 The Chilcot report has taken seven years to be released and in two million words UK has been systematically unmasked for the moral failure of invading Iraq all those years ago in 2002/3, just after 9/11. Of course it is obvious that they were compelled into this moral failure by USA – the real villains in this tragedy. When Blair wrote to Bush “I am with you come whatever” it becomes obvious that a weak UK was the lapdog of USA in following them into an evil act resulting in the death of between 100 000 and 1 000 000 innocent civilians, depending on who you hear from.

Sun opposition Pluto is associated with a compulsive power drive, accompanied by defiance and an aura of forcefulness. It suggests a mood that is so defensive and assertive at the slightest perceived threat, that others are repulsed by the abuse of that power. It also suggests a time when a major psychological realignment can occur, which can – if handled well – help one to dispel the perception of imagined danger and bring about a more evolved degree of tolerance. When combined with Mercury also opposite Pluto, it reveals a time of damning or harsh speech, confrontation and challenge, bringing about emotionally charged reactions to credibility being questioned. Nowhere was this more evident than in the shocking and shameful revelation of UK’s (and USA’s) criminal invasion of Iraq and subsequent murder of a million innocents, along with the entire devastation of a country that is to this day a hell on earth, now actually worse off that it was under the supposed bogeyman Saddam. It was also perfectly seen in the emotional confession of the culprit Tony Blair (Prime Minister of UK who gave the consent to invade Iraq) as this alignment occurred.

Of course the words “criminal” and “murder” were not directly used in the typically reserved, understated and polite Chilcot Report, but I and others, also inflamed by the outrageously immoral and violent behaviour, also aroused by the Sun/Mercury combust opposition Pluto, are using these words because we are disgusted and repulsed by the acts of horror that occurred during and subsequent to the Iraq invasion and destruction. The governments of UK and USA are to blame more than the citizens, for although voting to invade Iraq, many UK citizens also opposed the invasion and voted thus, like the Scottish and others. USA citizens certainly had no choice but to go to war when their murderous president dictated so. Indeed Saddam, the head of Iraq at that time, was himself a tyrant, killing and oppressing his people, particularly the Kurds, a people deprived of their own state by the ignorant and selfish drawing of borders in the Middle east by UK and other colonisers back in the day. But he was captured and killed within the first year of the invasion, which went on for years thereafter, resulting in unnecessary innocent deaths. Therefore, based on the lie of WMD, USA and UK governments can rightly be seen as perfect examples of power hungry tyrants on par with Saddam himself, tyrants and murderers that need to be held accountable.

In true Sun opposition Pluto style, they saw their shadow out there in the form of Saddam, they perceived in their shadow projection a global enemy with WMD, which was basically their own projection of their own villainous darkness. In typical overly defensive style they used excess force and thus destroyed an ancient land with great heritage, destroyed countless priceless archaeological artefacts, almost all of which are today gone, either smashed, looted or lost to the world for ever. If the US/UK invasion didn’t destroy them then the subsequent ISIS intolerance did. The bitter irony is that the wreck of Iraq that today lies under siege of ISIS is directly because of the US/UK invasion. The west is to blame for ISIS. That is how low we have stooped in our ignorance and greed and cowboy “might is right” mentality. Therefore I call UK and USA governments criminal and murderous to their face. Blair himself had to admit it under this Chilcot revelation, and we shall see if he suffers further consequences, despite having apologised while saying it was the right thing to do at the time. Meanwhile USA, the real villain, as I said earlier, says nothing.

Fortunately this current Sun/Mercury opposition to Pluto is also a time of potential psychological healing, where one can bring to the conscious “sun” light of day the shadow elements of the unconscious, symbolised by Pluto, mythic god of the Underworld. By admitting to their wrongdoings, UK and USA governments can rectify their power hungry, oil-grabbing ways, can own once again their projected shadow and admit that they were wrong in using pre-emptive strike on a country that had no ability to harm them whatsoever. Then they can make recompense to Iraq, go their ways and sin no more. Oh, wait a minute, they are still at it in Syria, they are still seeing their shadow in the shape of Russia, where Putin in the bogeyman of the day to them. Well enough people have seen through the projection and are busy revealing the illusion in the Empires new clones.

As for the sentencing of Plutonian Oscar Pistorius to six years in jail for murder, when others get double that for assault, well in South Africa “white is right” and money and privilege still overrule justice, so we have a long way to go here too, until we can give up seeing our shadow in every black man and realise that we all have a shadow, unconscious or Plutonian dark side, which when illuminated by the Sun-like consciousness can be seen to what it really is – our friend, source of power and greatest ally.