The recent full moon of April 22 happened to be a momentous day for our beloved, yet ailing Planet Earth, for it just happened to be the annual “Earth Day” event. 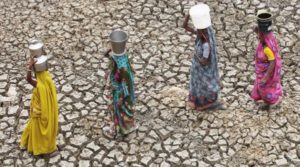 Although founded in 1970 already, it seems as if humanity is finally waking up to the idea that our Earth also desperately needs a day of remembrance, when environmental issues are discussed and implemented. This year was particularly significant because more than 155 countries committed to signing the Paris Agreement on Climate Change at the UN headquarters in New York. The agreement was approved by the 196 Parties to the UN Framework Convention on Climate Change (UNFCCC) in COP21 in Paris on Dec. 12, 2015. Countries – including yours and mine – pledged to limit the temperature rise overall to below 2 degrees Celsius, which happens to be the cut off point for extinction, to put it bluntly. Only 7 years ago the UN General Assembly decided to designate April 22 as “International Mother Earth Day”, presumably because world leaders saw the undeniable trend that Planet Earth is heating up and if we don’t do something about it, we will reach a tipping point (2*C) after which our inevitable roast is unavoidable.

Planet Earth is known in different cultures by names like Gaia, Pacha Mama and Bhumi devi. She is seen as sentient, as our source of life and sustenance, and thus respected as our mother. Already 5000 years ago, at the end of the previous age, and the start of our current Kali Yuga, as described in the ancient Vedic Sanskrit texts, she was being mistreated by demonic or tyrannical despots and took the form of a cow to approach those who could help her out of her desperation. The Iron age was setting in then already, and it seems things are continuing to worsen for her and thereby for us her dependants. And naturally the most vulnerable feel the abuse of Mother Earth the worst. Let’s look at the current situation today…

Earlier this month America’s National Oceanic and Atmospheric Administration (NOAA) released stats showing that this year, 2016, is so far the hottest for Mother Earth on record in the 163 years of data available, breaking the record for the previous hottest year, namely last year. So far they are recording the past 11 months as the hottest ever 11 straight months in a row to date. Now that is some scary shift because, not only is this the longest streak of such record-breaking heat, month after month, but last month (March) the average global temperature departure from the norm takes us to 1.22 degrees Celsius hotter, and therefore over halfway to the extinction tipping point of 2 degrees. And this is not based on some localised heatwave or drought anomaly, but is an all-pervading global phenomena. Apparently we are heating up even faster than scientists originally warned some years back. And this is, as we all know, man made. In other words greedy tyrants who are aware of the consequences of their actions, continue to torture Mother Earth, and more particularly the vulnerable living entities on her surface. Plants, animals and humans are dying by the million due to the consequences of greenhouse gas emissions, which are the result of men greedy for more wealth, regardless of the consequences to life on Mother Earth.

For example, according to the online newspaper http://indiatoday.intoday.in/story/over-100-dead-in-india-as-killer-heat-wave-continues/1/647879.html a quarter of India’s population, 330 million people (out of the total of 1.2 billion) are suffering with severe water shortages and drought. 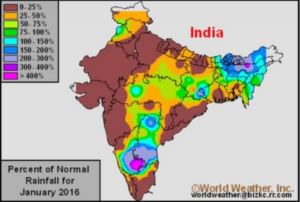 “Thousands of distressed farmers have committed suicide, tens of thousands of farm animals have died, and crops have perished, with rivers, lakes and ponds drying up and groundwater tables sinking.” And this is the second year in a row. April temperature are up to 45 C. Now I have been in India in June when temperatures were 45 C, and fled for my sanity. But it is still only April, two months before that peak summer heat. So I understand the conditions on the ground here. Then there’s Australia where, for years already, drought is actually the new norm. The average temperature for last month (March ‘16) was the highest in their 107 year period of recording. In other words records are being broken yearly now, like clockwork, as we approach the global 2 degrees Celsius tipping point of no return.

Then there’s Vietnam’s Mekong Delta, currently hit with worst drought in 90 years. Along with Haiti, where millions face starvation as their drought s tretches into its third year. Simultaneously Venezuela, where the long-running drought has driven water levels to historic lows, just this week has had to implement 4 hour a day electricity cuts due to the lack of dam water for their hydro-electric plants. Not only has Venezuela put on a 3-day weekend, but the entire beer industry has shut down in the country. All due to drought brought on by the same El Nino which is hitting Mother Earth now.

Then in Africa, the most severely affected continent of all, Lake Kariba (between Zambia and Zimbabwe) is only 14% full. Actually the entire Southern Africa region is affected. Here is a list of the countries to declare a state of emergency in the past 6 months:

Zambia had critical drought in 2003 already which has affected the country for generations to come. Ethiopia, due to fear of chasing away investment and confidence, won’t even openly admit that it is in crisis, a worse level of famine crisis than that which inspired Sir Bob Geldorf in 1984 to rally global donations at his “Live Aid” pop concert. It’s the worst drought in 50 years there, with 90% crop failure and 1 million dead cattle. 18 million Ethiopians are in need of aid. “The international community has just three weeks to provide $245 million in emergency food aid to help prevent a potentially catastrophic escalation in severe acute malnutrition (SAM) cases…” according to a charity there. But Sir Bob and the eyes of the world are now probably too focused on other disasters closer to home to put on another concert. This drought is worse that the one of 1984 that put Ethiopia on the map, but today no-one is even aware, by comparison.

Obviously it’s not just weather conditions brought on by climate change that are to blame for the humanitarian disaster. Especially in Africa, the AIDS pandemic, along with corrupt, greedy government leaders, war and seasonal El Nino shifts all add to the perfect storm. In Zimbabwe reports say that nearly 200 000 tonnes of food aid is unaccounted for – enough to feed 4 million people for a month – probably sent to the black market to fetch 10 times the normal price. Such is the action of despotic tyrants that exploit Mother Earth, as they have done for millennia, except that now the consequences are exponentially increased. Even the relief efforts that do reach their intended goal are like “spitting in the wind” according to red Cross/Crescent workers. “The stark message is this crisis is not going to go away. We will have a perpetual crisis,” said a World Food Programme’s spokesperson in Nairobi, Kenya. “We are seeing a redefinition of famine, of humanitarian crises as we know them.”

Even in my own country, South Africa, the supposed new economic sanctuary of countless refugees from up North, the biggest economy in Africa, just two days after the Earth Day UN signing last week, the municipality of Durban on the East coast, made an unannounced water shut off from 9pm to 4am the next morning. Residents were apparently unable to reduce consumption themselves, so the government, seeing that water could be totally depleted in a matter of months, just cut it off for the night. The next rains are only due in October, six months away. So this is the new norm it seems, wherever you are. Even the recent rain in California is not really enough to ease the water shortage there.

And thus basic human rights like the right to food and water are being eroded by corporate and government leaders unwilling to put human life above personal profit. For the solutions are there for all to see when it comes to saving water, ending fossil fuel dependency and the concomitant air pollution, as well as ending factory farming with its methane emissions and unsustainable water use. It seems famine and starvation are the new norm in this iron age of Kali Yuga, unless we have a global revolution of consciousness, a collective enlightened moment, an insight into our collective humanity, the sanctity of all life as children of Mother Earth, who needs more than just one day, but needs every day to be respected, protected and nurtured, for the sake of the future of all who live here.

A man can be happy with any woman, as long as he does not love her.
Oscar Wilde