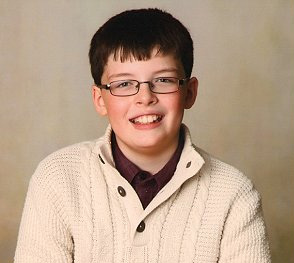 Benjamin, a 10-year-old boy, was given a school assignment to write a poem titled “I Am,” where he was given the first two words of each sentence and asked to write in the rest. But the little boy’s poem was very different from everyone else’s because Benjamin has Aspergers.

The end result is not only a beautiful piece of writing, it’s an emotional view into the inherent alienation children who suffer from Autism face constantly, including feeling “like a boy from outer space.”

Benjamin’s mother shared his piece of writing on the National Autism AssociationFacebook page where it has been shared over 5,000 times.

Read it in it’s entirety…