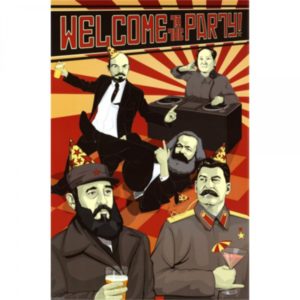 Both western (Tropical) and Vedic (Siderial) astrology place the Sun in the cardinal fire sign of Aries now. Being the first sign of the zodiac, the Aries archetype is traditionally affiliated with the leader, the first, the head. Aries provides competitiveness, the “me first” attitude that drives the athlete or military type or executive to succeed, to beat the rest, to come out on top. And naturally success is admirable, leaders are needed and winners are respected. However, real leadership, and real leaders know that theirs is a position of service, that the greatest leader is the greatest servant of those s/he leads. Also few leaders reach success without a team, and teamwork is not a traditional skill associated with Aries. Yet it is the true secret to the best kind of leadership.

Already thousands of years ago the Vedic text Bhagavad Gita revealed the exalted qualities of a great person, and tells us that that what great leaders do, common men follow. In the 6th Century BC Lao Tzu, the famous Chinese philosopher describes the best leader as one that the people know of only by his existence in the background, that when his or her work is done, the people all remark that they have done it themselves. Second best leaders are those that the people love and praise, third best leaders are those we fear, and the worst are those we revile. This perfectly explains the ideal leader as one that acts as servant of the people, one that does not even need to be praised, but rather leads so efficiently that everything continues in harmony while they remain in the background, having empowered the masses to achieve all they require as if s/he were not even involved.

Aries-driven people, and in fact all of us can aspire to this level of being the servant of those very souls we lead. For to lead well requires a team. No one person has all the qualities required to succeed in any social venture. Assembling the most skilled people available is the start, but a leader knows how to turn that group into a team. Which is different from a group of people merely being paid to do a job. The primary difference is in “attitude”. The people need to feel a strong identity with the group in order for it to become a team. And that is the skill of a leader – to align the people as a team. It is a team which is required to really achieve great results. The leader is the one who is able to engineer the most valuable ingredient – team spirit. Team spirit improves morale and motivation; it reduces staff turnover, increases productivity, job satisfaction and ultimately enables far easier problem solving.

In Vedic culture a respected spiritual leader is called an “Acharya” – one who teaches by example. And ultimately it is the good follower who becomes a good leader, for we all start off with leaders or teachers of our own from whom we learn and whom we emulate, even if in our own way. The Aries archetype can raise one to a position of leadership but it also has it’s faults or challenges in moulding a leader of quality. Take our current leader of South Africa, Jacob Zuma, an Aries born on April 12. Here is a man who served jail time with Nelson Mandela, who for a time led the Communist Party, yet who has now become famous for acquiring for himself a $23 million homestead while the majority of his fellow countrymen live in tin shacks. Hardly an exemplary communist. This “me first” attitude is typical of the infantile Aries personality that has yet to mature from the level of the child of the zodiac, as it is sometimes known. We are all familiar with the nature of the infant who sees themselves as the centre of the universe.

Another less known Aries personality is the author and political activist, Aleksandr Ivanovich Herzen popularly known as the ‘Father of Russian socialism’, born on 6 April 1812. He fought all his life for emancipation of serfs. His pledge to devote his life to the liberation of Russia from aristocratic tyrants and the establishment of a good social order makes him a more exemplary Aries comrade. He, like Jacob Zuma, was also sent into exile for years and on returning joined the liberation movement and started his writing career to expose the government’s corruption and encourage the masses to fight against oppression. This sounds like it could be happening today, not 200 years ago. But there you are – there is still the need for a real leader to emerge from amongst the masses, an activist to liberate us from oppression.

Ultimately as conditioned souls we are all still struggling under the oppression of Maya and could benefit from a leader to show us the path of spiritual liberation and emancipation from the illusory material nature, the shackles of repeated birth and death. So feel free to rise to the occasion. Some are already out there leading, but they are so adept that we hardly know of them, for the need for praise and acclaim is secondary to fulfilling the role quietly from behind the scenes, as Lao Tzu stated. Even King Rama, an Aries whose birthday was earlier this week, voluntarily went into exile for 14 years in order to remain dutiful to the greater good. His epic saga is still with us in the millennia old Vedic text called “Ramayana”. Even today a perfect or ideal leadership is know as a “Rama Rajya”. This Vishnu avatar lived in pre-history, and while ruling, was himself so ideal that harmony prevailed on all levels of his kingdom. Even the weather was in synch. But that was another Yuga or age, a more ideal time. Now in Kali Yuga, the last of the four great ages, great leaders are few and far between. And even if you lead no one but yourself, still, aligning your body and mind and all the various components of your psyche in the kingdom of nine gates – namely your own body – can be done by using the secret of teamwork and by being the servant of that which you lead, ego as servant leader of the psyche, with the greatest advisor in your cabinet, namely the Supersoul to serve you as your leader in turn.