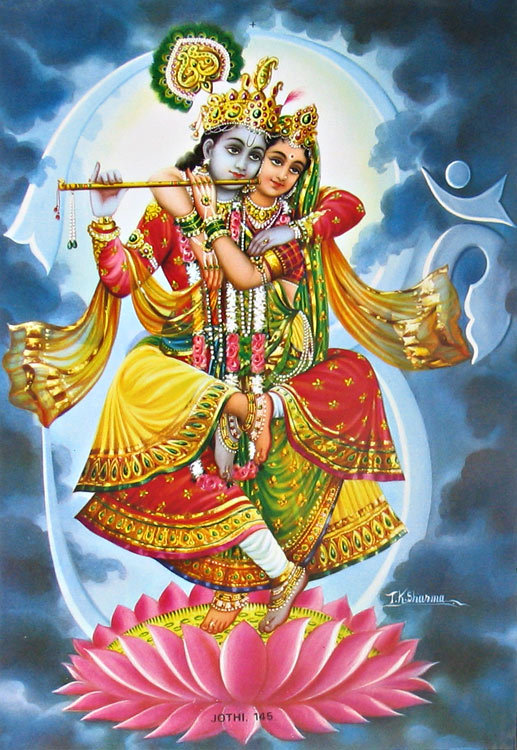 Mundane interpretation of this Venus position usually suggests heightened eroticism and the passion of lovers, but as the goddess of love also makes a trine aspect to Neptune in Pisces on the Libra new moon day of 1 October, we need to delve a little deeper into the mystery of Love and its ability to awaken us to the real goal of life.

At its lowest level the transit of Venus through Scorpio from 23 Sept – 18 October symbolises a period of lust and desire, the preoccupation of nubile teens overwhelmed by the mating instinct and the desire to increase their attractiveness on a shallow or superficial surface level. Venus rules the ability to attract, ones attractiveness, as well as ones values – what one wants to attract. Ideally we should mature beyond that naive level of our teenage years, where our undeveloped ego can think no further than the body as the self and the sensory pleasures of the body as the primary driving factor, coupled perhaps with the ego boost of being able to attract admirers due to the reproductive curves and capacities of the body. After all, the underlying reason as to why a person looks attractive is hard-wired into us based purely on their ability to make fine babies. You can try to fool yourself otherwise, but the curves of a woman’s hips and breasts are nothing but secondary sexual characteristics that tell a man instinctively that she can bear and raise fine babies. Similarly the male appears attractive to the female due to his secondary sexual characteristics of being able to procreate and protect the mother and baby from harm. As we grow to maturity, particularly spiritual maturity, we become conscious of what was once blind instinctive and downright illusory programming, and our levels of so-called love or attraction evolve.

Venus in Scorpio at a slightly more evolved level then looks for a soul mate. Let’s remember too that the Sun is currently in Libra, facilitating the urge to relate to the other, to partner up, to look for balance or wholeness by finding someone to complete us if we feel the absence of our own other half, our opposite brain hemisphere, our anima or animus. Then Venus in Scorpio seeks out the “soul mate” since casual love is not fulfilling enough. By then the sensual side is somewhat transcended, yet still the subtle sense of ego still persists and what we seek out is nothing more than a mirror of our ego, someone who reflects back to us our presumed good qualities, who sees how lovable or attractive we are and provides a deep and faithful commitment to partnership, thus allowing us to feel whole or complete in that partnership. Sometimes Venus in Scorpio can lead to intensified emotional expression, where breakups can occur, coupled by make-ups soon after. Scorpio is the sign of transformation, death and rebirth. Yet it is also the sign best able to facilitate transcendence, and that is when Venus here really evokes – in those who wish to know – real depths, or should I say real heights of Love.

With Venus in Scorpio trine Neptune in Pisces now, peaking on 1 Oct, we really have an opportunity to discover or uncover secret love affairs, spiritualised love, or the mystery of surrender. When the seeker has risen above the bodily identification and understands him/herself to already contain both male and female sides in their nature, then an externalised expression of the opposite or the other is no longer necessary, or is seen merely as a projection of the inner unconscious half. Then with the realization that all living beings are interconnected, s/he feels a love that encompasses all life, a compassion and empathy that allows one to embrace the whole world and all who reside thereon. The love of Radha and Krishna in the Vedic tradition of the Bhakti yoga path perfectly exemplifies the topmost secret love affair, secret because it transcends even the love for ones own wedded spouse, it transcends the laws of the land. “Love above the law” as Crowley, a Libran himself, echoed. That is the love of the devotee for the Divine, the soul for the Supersoul, the self for the Supreme. Indeed esoteric Vedic texts describe how the God and the Goddess, Krishna and Radha, are actually One, but simultaneously separated, and that we ourselves as spirit soul are also One with, yet simultaneously separate from the Source, the Godhead.

Mystic yogis, Sufis and Bhaktas have alluded to this all along, yet it requires that the mundane physical love and sex centres, like the second and fourth chakras are sublimated, dis-identified with the physical body, purified of the illusory covering to really facilitate a Higher Love. And that is not always so easy. However, this current transit of Venus is an opportunity to have just such insights into the deeper nature of our love, along with its compassion and empathy. Even great healing can take place now, based on internalised realizations. Psychic healing comes from knowing oneself, and knowing our relationship with the other at its deepest level, the level of consciousness or spirit. Spiritualised love is what the spirit soul really seeks. And as we know being in love means there is a lover and a beloved. There are two, and there is a relationship. So to say we are one with God is a misnomer. It may be correct in one sense, but needs to be qualified. And that is the secret revealed by the Bhakti yoga path, for oneness eliminates the capacity for love, or “prema” in Sanskrit. The real Vedic conclusion, or Siddhanta is “Inconceivable simultaneous oneness and difference”. Now there is the meaning of life summed up in a meme you can put on a T-shirt. We may be one in spiritual quality with the Godhead, but we are small by comparison in quantity, a mere fractional fractal of the great hologram. So there are actually three components – the lover, the beloved and the love exchanged or shared.

So there you have it. I have just revealed the greatest secret known to mankind, the Secret of the Golden Flower, the Philosopher’s Stone, the meaning of life, and now you have it. Venus in Scorpio is perfect for discovering this esoteric level of love. Love is the goal of the soul. It is also the power that charges our bioelectric field, our aura, when used as the process to link up to the Divine. So let that Kundalini rise, having subdued the mundane expression thereof, and strengthen your bioelectric field and you will see miracles happen. You will have the magic in your hands. You will know the power of love.

3 thoughts on “Venus in Scorpio and the power of love”