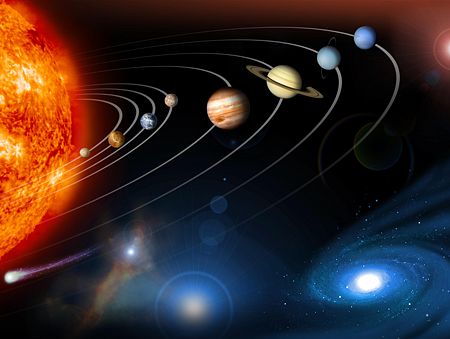 As Saturn grinds to a halt in its retrograde motion on 13 August, and remains pretty much stationary during this month at around nine to ten degrees of Sagittarius, Mars will come to an exact conjunction with it on the 24th marking a time of hard realities where biting the bullet may be the only way to bear the pain for those unprepared or overly attached to the trivial.

From the 10th of August already Mars can be considered within a wide eight degree orb of conjunction and the influence of the two malefics meeting may begin to be felt, gradually intensifying in their influence by the 24th and then gradually subsiding thereafter as Mars passes the slow tick of Old Father Time – Saturn – as he speeds up to his usual snail’s pace once more.

The alignment of these two planets can play itself out in a variety of ways, not only problematic. It depends, of course, on the consciousness of the individual as to how this opportunity may be harnessed. Mars symbolises the desire nature, the male libido, and one’s assertiveness generally, while Saturn traditionally symbolises authority figures, limitations and a slow and heavy influence. So some have described this combination as “driving with the brakes on”. When the drive or desire meets the slow heavy object, the initial urge to achieve the goal may seem obstructed, slow or difficult, but with perseverance the force of inertia can be overcome, launch velocity can be reached, and movement, once initiated, can grow and actually endure with great stamina available for the long haul.

So on the positive side this is potentially a time of increased capacity for hard work or physical achievement, with enduring strength, resourcefulness and even courage in situations of danger or initial difficulty. The Spartan qualities of the soldier toughing it out under frugal conditions are thus available to those who are able to overcome their attachments to frivolous luxuries, soft pillows or petty needs, and so although seeming bitter in the beginning, those who are willing to persevere will taste the sweetness at the end, as the stiff muscles warm up, the engine builds up steam and the wheels of the Juggernaut begin rolling in the right direction, with the long term goal in mind.

In other words this is not – on first impression – an easy time, but for those willing to do the needful, much can be achieved by sheer hard work, patience and determination. No pain – no gain. Stiffness due to unused muscles or even sluggishness of mind due to wallowing in the mire of Maya can be overcome now for those with the desire to go higher. Just be careful though of anger or hard feelings of malice against another during this phase, possibly due to frustration at blockages or slow pace or apparent opposition to your actions. Deliberate aggression or organised destruction is to be avoided, unless of course i’ts time to mount that wrecking ball and ride it like a bucking bronco, but only you will know. Just be careful of breaking bones though, yours or someone else’s. And also be sure to analyse your motives, lest they contain any seeds of mundane ambition for power, which will only make you look like a tyrannical dictator. The current political situation in Turkey comes to mind now, as attempted coups, military overthrows and purges, along with a fanatical desire to reinstate the once great Ottoman Empire under Sharia Law is a perfect example of this conjunction gong to the head of some tyrant drunk on selfish power.

This month’s planetary conjunction suggests a time when the going may get tough, but the tough will certainly get going and keep going, as one’s stamina, endurance and strength are tested, strength of will and of character. Courage is called for, as Lakshmi, the Goddess of Fortune favours the brave, if they fight for the right cause. The combination of Mars and Saturn is a paradoxical one, for it requires courage despite fear, assertion along with great control, and desire along with staunch discipline. When the intense desire to move meets the incredibly heavy or paralysing weight of inertia, or fear of assertion, then something has to give, and it depends entirely on one’s character as to how this plays itself out. Certainly, if you have been feeling stuck and needing a way to break free from the lower modes or break out of the chains of illusion, then this month’s conjunction of Mars and Saturn may be your window of opportunity. Now is the time to fight the good fight, on behalf of the right authority figure, of course. If your will was ever excessively thwarted as a child, then unresolved issues may arise now as patterns of repeated fights against authorities or parental influences may emerge. Just remember that neither the whipping boy or the cracker of the whip is a healthy role to play now. Ideally we have good authorities to follow, or we have internalised in a healthy way the higher authority and are guided by them to sublimate our desires to a worthy cause so that we can make proper use of this valuable human form of life, and not behave like polished animals, pigs in silk, monkey renunciates.

If you find yourself frustrated or suffering from blocked desire that leaves you feeling angry, then try vigorous physical exercise, hard physical labour, find a healthy outlet to channel any pent up libido. Harness that chi and mould it to your will, or to a higher will, and avoid getting yourself into trouble, or into quarrels. In this way you forge the heavy metal of your human nature into a powerful tool or weapon in the war against Maya or the lower forces of nature, so that it becomes tempered to perfection. No athlete has made it to the current Olympic Games without daily hours of sweat and labour to attain the real gold for which we are all always anxious.

Let’s also remember that Saturn is still square to Neptune this month (as mentioned in a previous article) and so as Mars conjuncts with Saturn, it too will join that challenging square to Neptune for a few days, peaking around the 24th of August. Be careful then of any unwanted or conflicting emotional desires or bad habits from your unconscious blocking your drive forward. Repression is not the answer now either, as it will only lead to neurosis or unhealthy expression, either in psychosomatic illness or accident, or deviation from the path. Be careful of drug usage, conventional or otherwise, for they all have bad side effects and psychiatrists and doctors are merely drug pushers for Big Pharma who prefer you sick or medicated so that they can get rich. The deception that the medical industry has your best interests at heart is huge and those days of “Hippocratically oathed” doctors is long gone. Just watch the documentary called “The Marketing of Madness” if you want evidence. Under this astrological alignment we all need to beware of treachery, deceit and dishonesty, and the challenge will be to keep it real.

Any apparent feelings of emotional frustration or sentimental longing for that big illusion called romance can also be easily mitigated by channelling your creativity into art, dance, drama or music, or any field that gives scope to the imagination or the image-making hemisphere of the brain. Romance is basically self-deception and merely a side effect of the mating instinct, but unless we are taught the science of consciousness we will remain victims of the advertising agencies as well as our own minds and will only have ourselves to blame when we inevitably suffer the disappearance of that temporary imagined romantic illusion. Indeed it is uncontrolled imagination (Neptune) which inflames the desires (Mars) of the unwitting aspirant. Now you know.

4 thoughts on “Mars conjunct Saturn square Neptune – when the going gets tough, the tough call your bluff”