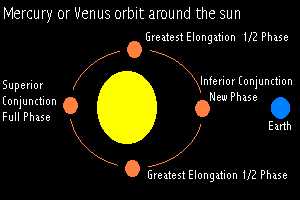 Hillary Clinton’s email scandal being defended by the FBI is a third bombshell – after the damning Chilcot Report and feeble Oscar Pistorius sentence – that has exploded over the past 48 hours of the current Mercury combust in opposition to Pluto now.

Sun conjunct or combust Mercury is visible in the drama of this upcoming leader of the nation (symbolised by the Sun) and her communication issues (symbolised by Mercury the winged messenger) all opposed by the head of the FBI – a perfect manifestation of Pluto, lord of the Underworld, the secret world, the secret service, who seems to be hiding something. 48 hours after FBI director James Comey found Hillary Clinton to be innocent of compromising national communication security, the government of USA in Capitol Hill holds a hearing asking the FBI director how he came to these “mystifying” conclusions. This scandal could shake the election and the future of USA, and certainly faith in the government of USA.

At the hearing set up to scrutinise Director James Comey, he swears under oath to the committee. The mishandling of classified info is being questioned. “Mens Rea” is the legal Latin term for “what were you thinking at the time”. Also known as “Motive”. He says “great carelessness” was involved, but not knowingly breaking the law by Clinton when setting up her private email server in her basement at her home, a known unauthorised location that could bypass normal security checks. So her motive, he reckons, was innocent although the action was foolish. General Patraeus did something similar in recent US history and he got time in jail, so one wonders who is protecting Hillary on her march to being president of USA? This woman, herself an attorney and thus held to a higher account, has compromised the security of the country and she is being lined up to lead the nation. Who really controls this situation I wonder, who holds the power, when the measure of the law is so easily shifted, when the head of the FBI himself can protect her when many other members of parliament see her actions to be clearly and obviously foolish, illegal and outright criminal? She or her team even ended up keeping and deliberately deleting some specific security emails that she sent so that nobody would even know what they really said. All these acts are probably going on all the time in the shadow government, but this prospective president got caught openly doing it, as if knowingly beyond reproach. It leads one to conclude that the elite are playing by different rules and thus shatters the confidence in truth, liberty and the pursuit of justice.

They have been found out to be behaving like Mafia, another Pluto archetype. Nixon fell when Pluto transited his 10th house of public image, and rightly so, but here Hillary is walking free from what should be her Watergate moment. Some dark lord seems to be pulling the strings from behind the scenes.

The Sun conjunct Mercury, also known as Mercury combust, both closely aligned now in opposition to Pluto, has brought into the psyche of the world the unmasking, the exposing of the shadow world going on amongst the political giants of UK and USA. Hidden in the shadow Plutonian realm all this time, the momentary alignment of Mercury and Sun has coincided with the exposing or shedding light onto the activities enacted in the shadow state. The message is out for the world to hear. It’s the battle of light versus dark, Sun in opposition to Pluto.

In our own personal lives we can also examine our hearts, weigh them against a feather and check our moral temperature. Is the shadow someone or something out there in the form of the other, or can we be introspective and see the shadow within ourselves too? When unconscious contents wants to come to the surface it is usually Mercury in the guise of the analyst, shaman, messenger, or our own conscience, who is able to travel to the realms of the underworld, the realms of Pluto, the personal or collective unconscious, and bring back to the solar light of conscious awareness, that hidden psychic contents, that mystery, treasure or potential power/chi force/shakti that empowers us or heals us due to being made evident. By acknowledging our lower nature as opposed to trying to suppress it, we rather consciously integrate it, preventing it from exploding out in an unhealthy way. Purity is the force, and truthfulness is the last leg of Dharma or righteousness in this Kali Yuga, this Iron Age of quarrel and hypocrisy. When purity is combined with truthfulness, we become empowered by a healthy conscience and ease of access to psychic contents, because we are not losing energy trying to suppress or hide the truth, from others or ourselves.

Nobody is perfect, and wholeness includes integrating the light and shadow sides of our consciousness, as described by Jung and others along the Way. Fortunately we are not about to run a country, but if we were, we should be beyond reproach, not tarnished by corruption and deceit before even entering office, like South Africa’s president Jacob Zuma. If Clinton wins and becomes president in November 2016, the world is destined to have three women running the biggest countries globally, namely USA, UK and Germany, for it has officially just been decided that the next leader of the UK Conservative party is going to be a woman. Remember Thatcher and weep. Sisters are doing it for themselves, it seems. Let’s just pray that they are doing it for the benefit of their nations too.