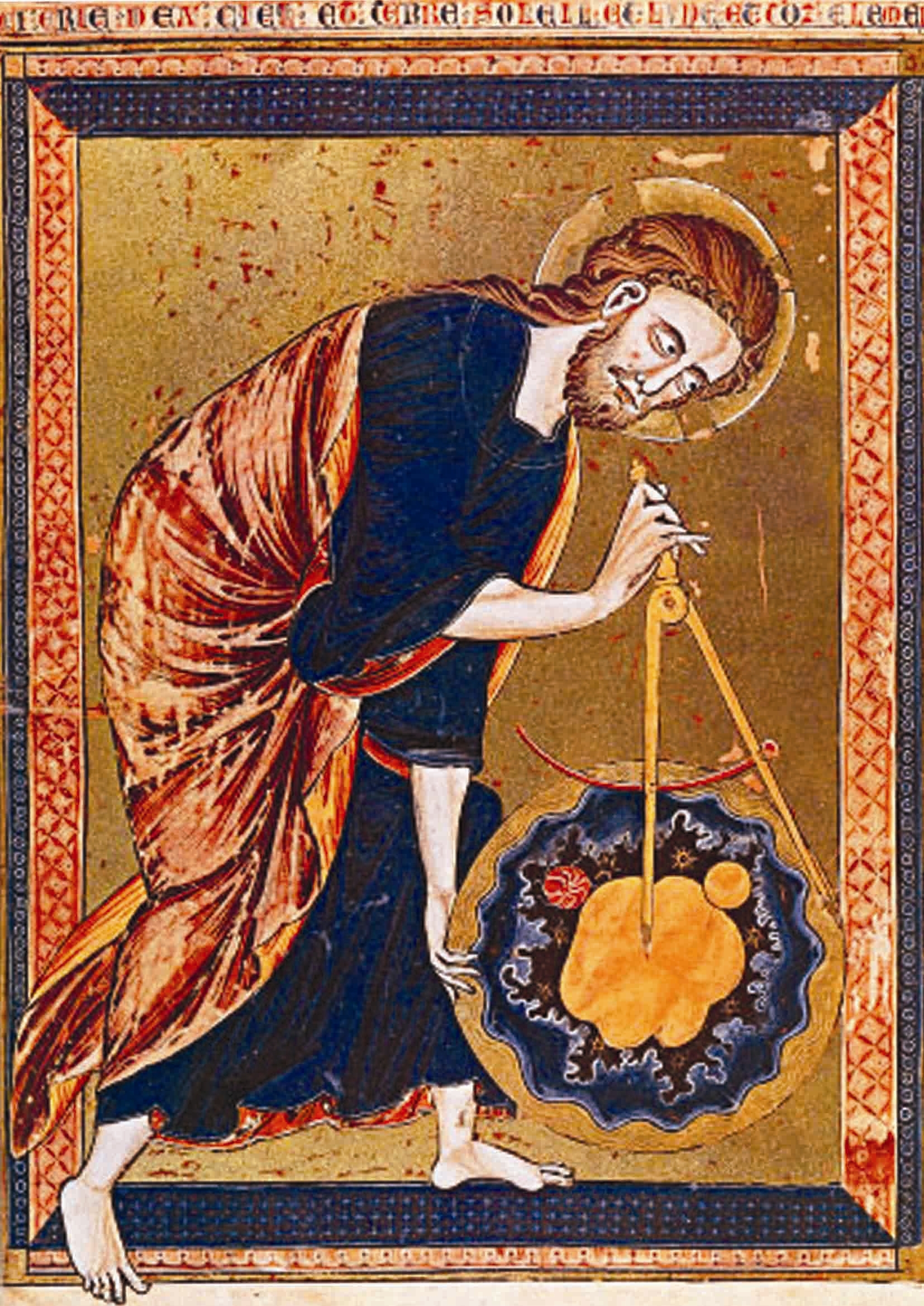 It may only be winter in the southern hemisphere, but it may as well be across the entire planet this season, as hard reality bites into the dreams of glory for all of us.

The square alignment between the slower outer planets Saturn and Neptune became exact in mid June, gradually separating to a maximum of only 1.5 degrees by mid August, and then, due to Saturn’s going stationary and then direct in that month, slowly narrows the gap until they align exactly yet again on September 11. This all occurs (in the tropical zodiac) between 10 and 12 degrees of the mutable signs Sagittarius and Pisces respectively for Saturn and Neptune. So throughout this period from June to September we can consider this square alignment to be active.

Two more contrary planets you will not find in the myths and symbolism of astrology. Saturn symbolises the hard reality and limitations of the material, while Neptune is associated with the mystical, ideal, visionary and abstract. When they align in a challenging 90 degree angle like this we see the symbolic struggle to ground or realize the dream. It symbolises confusion about what one really wants, frustration in co-ordinating efforts. Or just at the time one is about to realise one’s goals, circumstances – or one’s own insecurities – pulls the rug out from under one’s feet. This is traditionally the dilemma of the self-defeatist, like Arjuna the mighty warrior on the battlefield of Kurukshetra in the sacred Sanskrit Vedic text of Bhagavad Gita. Although fully competent to do battle, he wavers at the last minute due to confusion as to what is right and wrong, what is moral or not, and almost walks away from the fight in surrender, until Krishna, his friend and advisor instructs him on the value of the transcendent view of reality – a paradox if ever there was one. That is Saturn challenging Neptune for you. How to understand the immanent in the transcendent, spirit in matter, the abstract ideal in the world of apparent limitation and imperfection.

The self-defeatist is one who has lost the battle before even starting, and this is the danger symbolised by the current alignment this season. Confidence is sorely tested and uncertainty abounds. Faith is shaken by unexpected circumstances. This is when it is wise to simplify our everyday lives in order to avoid complications. When we begin to question our very goals and ambitions for ourselves, when we feel as if we may be unworthy or unqualified, or that the universe is not constructed to allow us such goals, then disappointment, discouragement and pessimism are the likely outcomes. However, these may all be illusory or even worse, self-fulfilling prophecies, where the mind of the self-defeatist becomes his or her own worst enemy. The solution is to not take yourself too seriously at this time, to keep it simple, and refrain from any major decision-making or changes if at all possible.

Another manifestation of the Saturn – Neptune square is illness, either a psychological caving in, or a physical difficulty, and the fear of loss of control that follows. More precisely Neptune is associated with poisons, drugs or pollution, and if we look at global affairs during this season, the Rio Olympics is a perfect example, with the risk of disease affecting the entire event. Athletes from all over the world now fear attending the Olympics due to the chance that they may catch the Zika Virus or due to the unacceptable levels of pollution in the Rio waters that could easily contaminate any visitor. Another challenge is the doping scandal amongst some athletes who are now being banned from competing. The problem is that an entire nation of Russia is being banned even though only a few of their athletes were found guilty. In both these incidences – disease and doping – we see the dreams of sportsmen and women who have sacrificed so much to attain this lifelong dream of making it to the Olympics, being systematically dashed in true Saturn square Neptune style. They are defeated before they even begin. Some simply refuse to attend out of fear over contagion, while others are unjustly deprived. The classic challenge of dreams and ideals versus hard reality of strict standards and laws. Even if those laws seem unfairly politically motivated. The sacrifice of one’s dreams due to realities of the world should be avoided now as much as possible. The challenge now is to make our dream a reality, so keep the faith comrades.

Another global event symbolising the Saturn – Neptune square is the Brexit vote. Saturn symbolises borders and boundaries, while Neptune is the opposite of all-inclusiveness or the dissolving of boundaries. Here the vote was cast and the borders and boundaries of Britain were once again firmly constructed as the inclusion in the EU came to a jolting end, thus challenging the foundation of the EU as a valid entity, testing their raison d’etre, their confidence and the confidence of the economy. The square alignment of these two planets is also associated with a weak or absent father or leader figure, and both Cameron, prime minister of UK, as well as Corbyn, leader of the opposition Labour Party have been seen to be weak leaders whose leadership has been challenged. Curiously Cameron will resign in September, the very month that the square alignment becomes exact yet again. The leader or father figure (symbolised by Saturn) is being challenged (square aspect) as weak or is being lost due to the shake-up (Neptune). So much confusion, uncertainty and crisis of faith is being felt throughout the world now as a result of this simple Brexit referendum vote and the economic and political implications that will occur now during this alignment and beyond. Now Scotland, Ireland and others are all questioning their identity and allegiance to either UK or EU and this identity crisis will possibly rock the world still further in the coming months.

I wonder what the upcoming elections in South Africa on 3 August will manifest, falling on the day that the Sun trines Saturn as it squares Neptune? Already political killings are occurring, much like the assassination of British MP Toni Cox recently, just before the Brexit vote, by a fanatical nationalist. Here the ANC leadership is in crisis mode with internal factionalism, what to speak of opposition attack. The raison d’etre of the revolutionary liberation party is being questioned, with its leader President Zuma under severe crisis as weak and corrupt, with his over 700 criminal charges being reinstated now. Another manifestation of this aspect is guilt, which comes from the word “geld” which means to pay. Curiously one of the political parties campaigning for the August elections in RSA has been disqualified simply because they did not pay their entry fee in time. They confused the date of submission. In other words one can become easily confused about the hard realities of the law when Neptune in Pisces squares Saturn in Sagittarius. Also President Zuma has to pay back the money, well at least R7 million of it, used to upgrade his private home. Payback time is here for those who have tried to blur the boundaries to suit their selfish interests. As with Brazil and UK, South Africa’s leader is being ousted and we find ourselves in the classic Saturn square Neptune scenario of a people with a weak or missing father or leader figure. Even Lesotho, a country wholly surrounded by South Africa, is in crisis with a questionable leadership, and is having an existential crisis of faith, debating whether it should simply join South Africa as a new province. Thus all over the world the boundaries and borders are being dissolved or redrawn across the map under these winds of change.

Guilt, however, should be avoided in our personal lives during this alignment, for often it is exaggerated. It may stem from feeling as if you are guilty of a debt and must continually make reparation or pay some sort of penance to God or Guru. If you feel the debt to the spiritual master must be repaid, then the route indicated at this time of Saturn – Neptune square is renunciation, without being too much of a martyr of course. This aspect is the archetype of the ascetic, monk or hermit, all noble callings for those who have realized the purports of the Vedic or Buddhist teachings. Practically (since not all of us are ascetics) one can simplify, cut out the superfluous and discipline oneself now in order to make concrete some higher ideal or vision. Selfless service is also recommended, which reminds us of the importance of compassion in a seemingly heartless world. Pay it forward and you are the beneficiary of a bigger heart. Remember that this alignment is exact again on the anniversary of 9/11, an event which has forced us all to keep an open heart and never become closed to the other who is merely a mirror of our self.