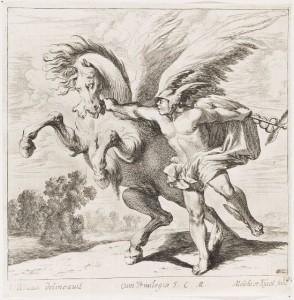 Today Mercury appears to come to a stop in his movement through the zodiac and slowly starts moving backwards for the next 3 weeks. Of course this is merely an optical illusion seen from Earth’s point of view due to the speeds and positions of the planets as they rotate around the Sun. So nothing too unusual in this thrice yearly event. From an astrological point of view the stationary period today is considered rather critical in its influence, indicating a day when blocks may be felt in the smooth flow of events, making today an apparently challenging day to get anywhere, to get things done or ideas across.

Generally Mercury rules processing and disseminating information and all types of communication, thinking and perception, commerce, education as well as movement by transport. By extension, Mercury also rules people who work in these areas, such as those who work with their minds or their wits: writers and orators, commentators and critics, the media industry, travellers, and curiously in its shadow expression also tricksters and thieves, like the ubiquitous second hand car salesman who is famous for spinning you a great story to sell you a great wreck. As a result, the three week Mercury retrograde phase, which starts today, can potentially give rise to personal misunderstandings, flawed, delayed or disrupted communications, negotiations and trade; glitches and breakdowns with phones, computers and transport. Therefore it is not recommended to make important decisions or to sign contracts or start any new project today, or while Mercury is retrograde, since it is likely that such decisions may be clouded by misinformation, poor communication or careless thinking. We may have to go back and redo some things done during the retrograde phase.

Fortunately it is not all bad during this phase. People born with Mercury retrograde in their horoscopes will be at home during this phase. The retro phase is also a time when one can turn the mind inwards more readily. It thus facilitates introspection, working on ourselves by looking at our minds, the way they work, the patterns that they use repeatedly, and rewriting those patterns if we choose. Neuro-linguistic programming (NLP) is the science of consciously rewording the silent dialogue that makes up the way our minds think and interpret our reality around us. The mind is constantly running an internal dialogue consisting of thousands of thoughts each day, many of them critical and even worse, self-critical. We habitually use the same words, attitudes and interpretations when going through our daily lives, and these interpretations and patterns can be improved by deliberately rewriting the script of the automatic mind. We simply need to observe which words are being used and change them for better, more positive words and mental constructs. By improving our internal mental linguistics, we are able to reprogramme the mind and thereby the attitude to life. By changing our perception we are actually able to change our subjective view of the world. For example we may repeatedly become despondent when something appears to go wrong in our lives and say “Why does this always happen to me?” Now if we analyse this objectively we can conclude that in fact it does not always happen to us. It also sometimes happens to others. Or it sometimes doesn’t happen to us at all. Be particularly careful if you find your mind using words like “always” or “never” in this context. And what’s more, the thing that is happening to us might not be particularly terrible, but because our mind is in the habit of interpreting reality negatively, or using negative language to label a scenario, we become dragged into the lower modes, or become drawn into a worse mood than necessary. Skilled strategists overcome this when, for example, they encounter a crisis or problem by instead of saying “We have a problem”, rather they say “We have a situation”. Immediately by simply using more neutral labels or language, they evade the tendency for the mind to find problems and be dragged into a negative spiral, and rather keep the mind in a positive working mode and thus stay on top of the situation. It is such a subtle concept, but when you really get to know the workings of the mind, you can begin to see how a lot of our reality is all in the mind, and more often than necessary we simply get too mental about things. Ultimately we can change our entire subjective view of reality by rewriting the scripts that our minds habitually use. Change your mindset and you change the world. This is like pulling yourself up out of a hole by your bootstraps, as they say. We need to be very conscious of our minds at all times, to avoid the mind, which is almost like a machine really, from becoming our enemy when it could be our friend. We have the power in our hands, or should I say minds, to uplift ourselves by neutralising the monkey mind, the negative critic, and installing a positive internal life coach who sees the good, moves toward the solution instead of crumbling under often quite unfounded or imaginary negative interpretation of a situation.

So in this way we can positively harness this Mercury retro phase by becoming introspective, observing the mind’s negativity, rewriting the actual literal language and wording of the internal dialogue and, by the time Mercury goes forward again, have a new and improved mindset and view of ourselves as well as the world around us. I’m not saying stick your head in a hole and ignore the obvious. I’m just saying reinterpret the apparent obvious, reword your analysis thereof, and more particularly improve your mental attitude towards yourself, others and events, because by changing the colour of your lenses, the whole world and the people in it can begin to appear in a much more positive light. If nothing else it trains us to see the good instead of finding fault, to see the solution instead of being defeated before we even try, and it reminds us that there is always hope for the better. The magic is in your mind. You have the power. You already have all you need to succeed. It simply requires that you adjust your angle of perception to see it as it stands there right before you all along.