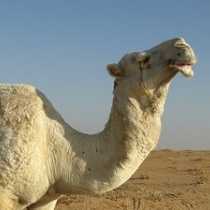 Advisor: Good morning your majesty, here is your schedule for the day

Gaudi King: Ah yes, I see that beheading is today. Get my limo ready.

A: Are you sure you want to go ahead with that?

A: No majesty, it’s just that he was arrested as a boy of 17, it may look harsh.

GK: Don’t worry about that. He is the son of my hated enemy, that activist; we must set a good example. No one criticises the king.

A: But we are head of the UN Human Rights Council now majesty. Shouldn’t we set a good example?

GK: Look, if the Kingdom of Nacirema can operate their prison industrial complex with impunity, then why can’t we also have a little execution occasionally. The Texanians will love it. And bring me my tea – three sugar lumps.

A: Majesty I’m afraid we only have one lump today, the treasury has been drained by that war we are conducting in the Kingdom of Youmen.

GK: Oh very well, I’m willing to make a little sacrifice for that. Just be sure that the beheading is followed by the boy’s crucifixion then.

A: But he will already be headless majesty.

GK: So what, we send a strong message by parading the crucifixion through the town square this afternoon. That will make up for my lack of sugar today, he he.

A: Very well majesty, will there be anything else?

GK: Yes, get me King Abrack on the phone. I want to boost the treasury again, and his cronies are making so much money with that privatised prison industry – incarcerating innocents without access to a lawyer for up to a year. I want to pick up some tips from him.

A: Are you sure majesty? The Naciremans seem a bit soft to me on using torture these days.

GK: Don’t be fooled by that Kenyan puppet’s soft appearance. Their Intelligence Agency love their torture; they just call it “enhanced interrogation techniques”. I don’t know why they don’t just come out of the closet. Torture is torture.

A: But I thought they were a democracy majesty?

GK: Ha ha ha. They wear their sheep’s clothing so well my man, even you are fooled. Any biscuits with that tea?

A: Certainly majesty. What about that report the Naciremans posted saying enhanced interrogation is banned because it is ineffective?

GK: That never stopped their Agency. They have such good doctors there that when they discovered that “learned helplessness” strategy by experimenting on dogs, they couldn’t help but try it on their humans… Naciremans are dogs anyway so I guess it’s all the same, ha ha ha… Don’t tell them that though, we are supposed to be partners.

A: Will you be holding your movie night after the crucifixion Majesty?

GK: Yes of course, let’s watch “The Manchurian Candidate” again. I got some good ideas from that one. Now where did I put that manifesto from King Jung…

Tags: humour, lighter side of life